What Would The 2020s New Space Era Look like. 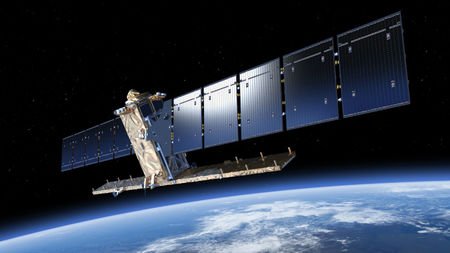 During the last decade, we were able to witness the end of Space Shuttle Era. In addition to that, it was possible for us to see numerous Mars rover milestones, Great American Eclipse, very first close-up photos of Pluto and astronauts securing numerous records at the International Space Station. Along with that, it is worthy to take a look at the new space era of the 2020s and get a better understanding about what we will be able to come across.

Here are some of the most prominent milestones that we will be able to see in the new space race of the 2020s.

It is true that the opportunity of NASA is declared as dead officially. However, it is still possible for you to see some curiosity going around Mars. That’s because the new mars rover is expected to land in between February 2020 and July 2020 . This rover is expected to spend a time of around one year in Mars. This will be equivalent to more than 680 days in earth’s time. We will be able to see how this rover will drill rock and soil samples as well.

Back in the year 2019, we celebrated the 50th Anniversary of landing on the moon with Apollo 50. After 50 years, we will be able to see how a woman will get the opportunity to land on the moon. She will get the opportunity along with Artemis mission, which is named after the twin sister of Apollo. The main objective of this mission is to take humans to the moon by the year 2024. Along with that, the very first woman will be able to set her feet in the moon.

In order to achieve positive results with this mission, we can see how NASA will be using one of the most powerful rockets that they have constructed. It is known as the Space Launch System. Along with that, we will be able to see how NASA will house astronauts in the Gateway spaceship as they are coming back from the Moon surface.

One of the key objectives of this mission is to send humans to the moon and see how they will be able to adapt in there.

James Webb Space Telescope can be considered as the successor of popular Hubble telescope. We will be able to see how this telescope will be launched in the year 2021. It will be done along with the help of Ariane 5 rocket. One of the key objectives of James Webb Space Telescope is to observe the first galaxies of the universe. On the other hand, it is focusing to ensure how the stars are forming in the planetary system as well.

NASA is currently interested in figuring out more information about Europa, which is the fourth biggest moon of Jupiter. In fact, NASA wants to understand whether this moon is having favorable conditions for the existence of life. From numerous studies that they have conducted in the past, it has been able to come up with some promising facts. Along with Europa mission, NASA will be confirming all the doubts that they have. In order to do that, a new spacecraft will be launched in the year 2023.

As per the information gathered as of now, Europa is an icy moon. Due to the same reason, scientists believe that Europa can contain lots of water. As per the calculations, they believe that Europa can contain around twice more water when compared to what you can find in the oceans of Earth. However, most of the water in Europe are located under the frozen crust. Hence, the team behind this mission will have to go through numerous challenges to uncover all the information that they are looking forward to receive. Along with this mission, the team will be able to uncover lots of information about the ocean world.

NASA Is currently working on a mission to explore Titan as well. In order to that, a drone spacecraft will be launched in the year 2026. This is one of the most prominent space exploration missions that we will be able to experience during 2020s. Titan is the largest moon out of the 62 different moons that Saturn has.

As per the current observations, it has been identified that Titan has an ocean, which has a hazy and a dense atmosphere. In fact, it is the only celestial body that you can find in the entire solar system, which has go a similar atmospheric pressure when compared to earth. The Dragonfly mission to Titan will be able to verify all the doubts that we have about it.

One thought on “What Would The 2020s New Space Era Look like.”