What is Graphene and its Future?
What is 3D Printing? How Does 3D Printing Works?
How aircraft can be environmental friendly?
What is Neuralink and its connection to Elon Musk?
What is the difference between three vaccines Pfizer Moderna & Johnson and Johnson ?
Space

As the last article of the Voyager topic I want to talk about the Golden Record. It’s interesting and I hope you like it.

In 1977, NASA, through the two Voyager space probes, two 12-inch gold disks were launched into space whose task was to represent human civilization through images and sounds in case someone (or something) had found it, they were all selected by a commission led by Carl Sagan, a Cornell University professor. Protected by a special aluminum container, the discs contained 115 photos detailing but not limited to human life on Earth and the planet itself. Many pictures are annotated with one or many indications of scales of time, size or mass. Some images also contain indications of chemical composition. All measures used on the pictures are first defined in the first few images using physical references, some audio tracks and instructions to listen to them (they played at a speed of 16 2 / 3 rpm). The disc contained a selection of natural and non-sounding sounds (like car and air sounds) plus 55 welcome messages in different languages, including President Carter’s personal greeting and UN Secretary-General Kurt Waldheim. 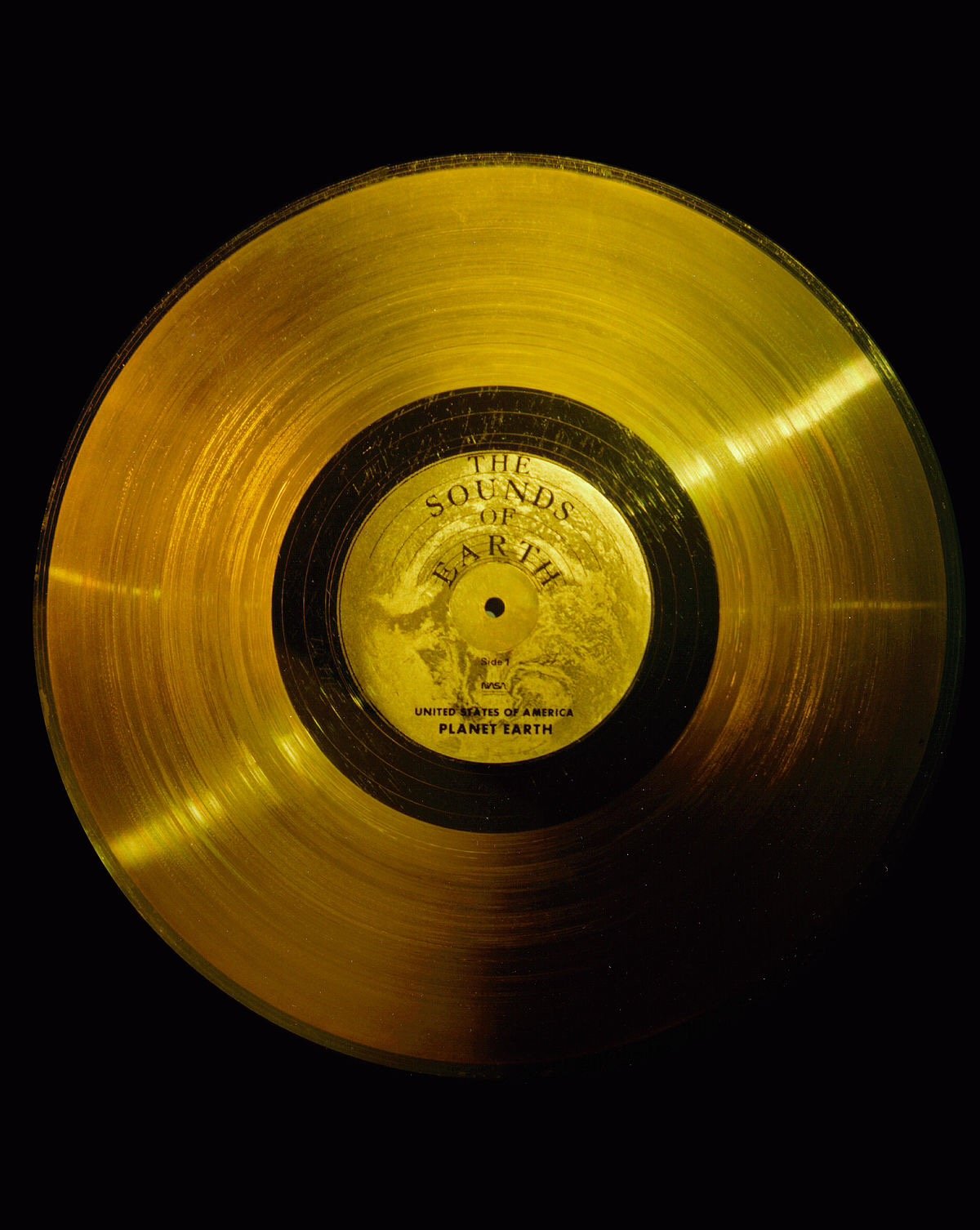 Along with all this, the gold disc also contained a 90 minute music selection: the playlist included Aboriginal songs from around the world, masterpieces of classical music such as the first movement of the “Brandenburg Concert” by Bach, Mozart’s Magic Flute or Beethoven’s “Fifth Symphony” and also rock and blues pieces such as “Johnny B. Goode” by Chuck Berry or “Dark Was the Night” by Blind Willie Johnson (here you find the entire tracklist). Curiosity: The team that followed the Golden Record project wanted to include Beatles’ Here Comes the Sun, but it was not possible because the band did not own the song’s copyright. The Voyager probe will take 40,000 years to get close to another star and it is unlikely that someone will find it, but in the meantime NASA uploaded some of the recordings in the Golden Record to their Soundcloud. The section dedicated to the sounds of Nature and that with various welcome messages.