Autonomous Passenger Aircraft-the Next Big Thing in Aeronautics
10 Ways Your Body Can Go Nut in Space
How Does an Electric Motor Work?
Emerging Technologies That Are Reshaping the Flying Experience for the Airline Industry
How to become an Astronaut 101
Science Space

A person become an astronaut once he/she passed the Kármán line: so technically Christa isn’t an “astronaut”. But Why?

Sharon Christa Corrigan McAuliffe was born on the 2nd of September 1948 in Boston, first of five siblings. She became more passionate about space program during the years of the Moon conquest, when she was a teenager. She frequented a catholic private high school in Boston where she met her future husband, Steve McAuliffe. In 1970 she graduated in History and she moved to Washington where she started teaching American History in a Junior High School. In 1978 she did a master in educational administration. Teaching at high school, she created developed innovative and engaging teaching techniques and became very active in the local religious community, dealing with scout, YMCA mentors and attending the tennis club. 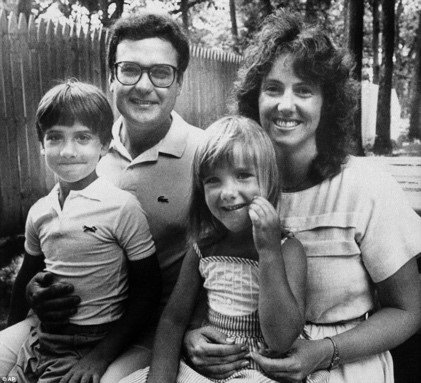 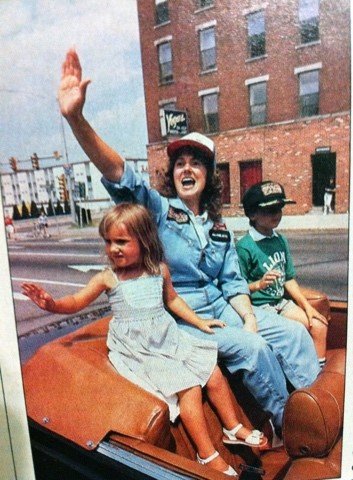 Hesitant, but encouraged by friends and family, she decided to apply to the NASA Teacher in Space program: this program was promoted by President Ronald Reagan who wanted to turn on students’ interests in scientific subjects and space exploration and to give value to the teachers in order to make people remember their important role in the Nation. After his announcement the medias, the audience and young people became again interested in the space program. In the application she wrote: “As a woman, I have been envious of those men who could participate in the space program and who were encouraged to excel in the areas of math and science. I felt that women had indeed been left outside one of the most exciting careers available. When Sally Ride and other woman began to train as astronauts, I could look among my students and see ahead of them an ever-increasing list of opportunities. I cannot join the space program and restart my life as an astronaut, but this opportunity to connect my abilities as an educator with my interests in history and space is a unique opportunity to fulfill my early fantasies. I watched the Space Age being born and I would like to participate.” During the interview, she added: “I want to explain how NASA works and how space flights work. I want students to see and understand what is space and feel it as theirs.” After a long and difficult selection, NASA decided to choose a teacher who left an unforgettable memory: so, in the summer of 1984 Christa was chosen among 10.463 candidates. 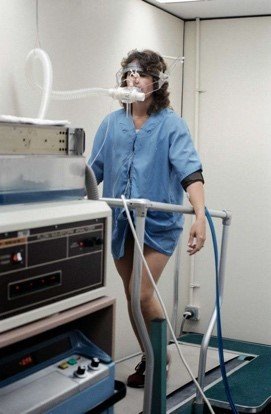 After a sabbatical year, in September 1985, she began her training at the Johnson Space Center in Huston. During these months she worked really hard to be well-prepared attracting the sympathy of colleagues and taking more confidence in herself and in her mission. She was assigned as payload specialist in the Challenger STS-51L mission: during which she would take two live lessons (15 minutes each) from space linked via satellite with student from all over the world. In the first lesson she would present the mission crew, explain their jobs, describing the instrument on board and life in the Shuttle. In the second lesson she would explain the goals of the mission and how it worked. In addition to the lessons, she would write an adventure diary.

On the 28th of January 1986, 800 journalists (twice as many of those that came in the lasts launches) came to Cape Canaveral to assist, there were also her students, friends, parents, her husband with their two children.

After being resented three times, the launch was postponed for two hours, making it time to remove the ice formed on the launch tower. At 11:38 the Challenger took off.

After 73 seconds at 14500 m, the Challenger Space Shuttle, which hosted Ellison Onizuka, Christa McAuliffe, Gregory Jarvis, Judith Resnik, Michael J. Smith, Francis “Dick” Scobee and Ronald McNair, exploded. The cause of the disaster was (probably?) the O-ring, a seal which, exposed to excessive cold, yielded.

A person became an astronaut once he/she passed the Kármán line: so technically Christa isn’t an “astronaut”.

We remember Christa McAuliffe for her bravery, for her curiousness, toughness and excitement: she was a teacher not just for her students but also for an entire population that restarted to be interested in the space program, in the future. Her contagious enthusiasm is resumed in her motto which was “I touch the future, I teach”. 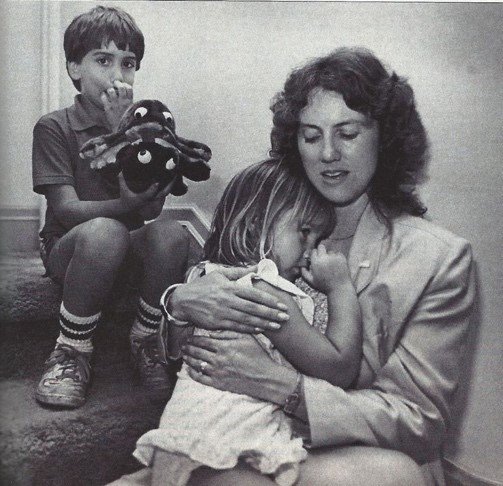 The asteroid n. 3352, a crater on the Moon and Venus took her name, in addition to over 40 schools in all around the world.