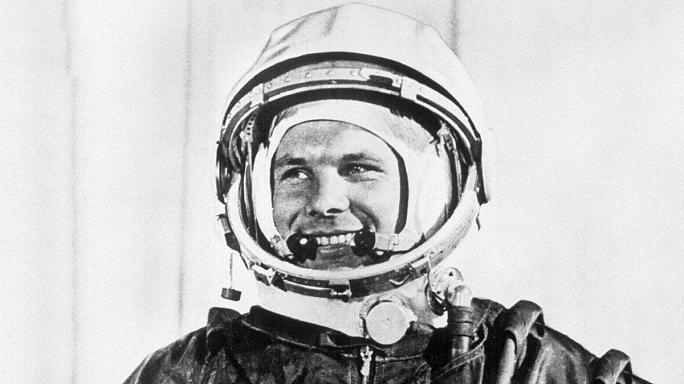 Yuri Gagarin was the first man going to space and to celebrate the 56th I wrote an interview simulation.

Two months have passed since that historical day when Yuri Gagarin, on board of the Vostok 1, completed an entire elliptic origin around the Earth in 108 minutes, becoming the first man to fly in space. To get to know better his story, here is the interview. Good evening Mr. Gagarin, I’m Celine and today it’s my pleasure to have an interview with you.

I’m quite tired, but anyway I feel good, Thanks

Two months?! Are you sure?

I’m so sorry, it seems like I landed in Eagles countryside yesterday. I lost track of time.

You’re right, I’m 27 years old. My educational background was not always easy; let me explain: I grew up in a community company and at school I was really good at scientific subjects and I liked them. In June ’41, Germans invaded us and so my mother, my brothers and I escaped, while my father joined the army. In that period, I interrupted my studies and I restarted them after the end of the war, subscribing to a technical institute where I graduated in metal mechanics. During the years at the institute I was forced to quit school more than once due to economic problems, so sometimes I had to work to pay my school fees; furthermore, in that same period I was able to get into the aeronautical field and in 1955 I started doing flight lessons.

My first flight was on a Yak-18, a single-engine with a low wing used for training.

I was selected to test new flight systems and equipments in the mist of master pilots. I was able to distinguish myself and to make bright my capabilities and qualities.

Yes, I remember that very well.

Yes. The door sensor didn’t give back the right signals during hermetic controls, but fortunately mechanics were able to fix the problem in a few minutes. We risked the cancellation of the mission.

It was a little monster: it weighed 4,7 tons and it was 4,4 meters high. It was made up of two parts: spherical descent module the place where I was and which housed instruments and escape system. And a conical instrument module which contained support system, propellant and the engine system. Oh, there was also a food and supply for ten days in case if rockets broke.

Earth is blue, without boundaries, all countries united…indescribable show, a one-of-a-kind.

In the reentry, the spacecraft reached 27400 km/h and when the vehicle entered in the atmosphere, it caught fire: I thought it was over.

No, absolutely no. We didn’t know how zero gravity could affect my body, so we preferred to control all the things from the base on earth, just to make safe.

I think it was the orbit around our planet, when I had the possibility to watch it from an astonishing point of view. Another moment is when, during the landing, at 1500 meters of height, I conducted a parachute and I landed. It was excited, full of adrenaline and it was freeing especially after moments of fear and uncertainty on board; instead while I was floating in the air, I knew for certain that I would land safe and sound.

The departure because I had to leave alone Valentina and little Elena: if everything hadn’t gone well, it would be the last time to see them.

Be enterprising and determinate, don’t stop in front of obstacles that life puts every day. Fight until the end and in the sweat you will reach your aspiration. One thought on “Interview: Yuri Gagarin”