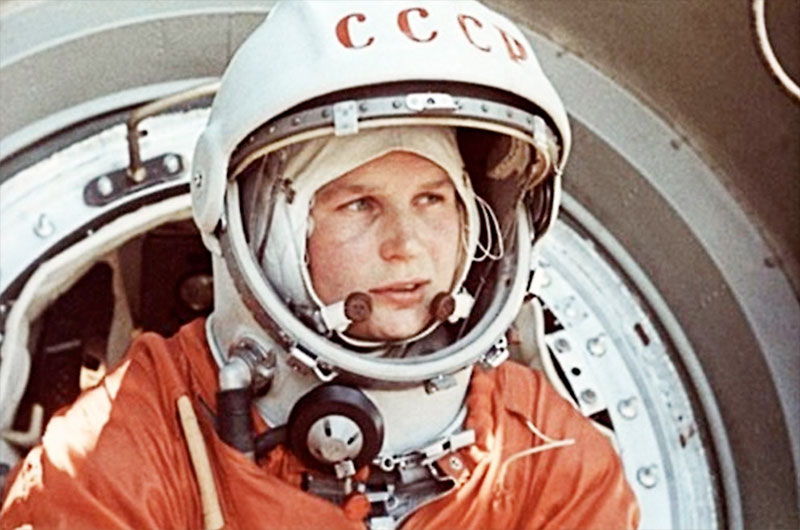 Valentina Tereshkova was the first woman going to space and to celebrate the 54th anniversary, I wrote an interview simulation.

Today we celebrate the 51st anniversary of the first female space mission completed by ex-Russian cosmonaut Valentina Tereshkova. For this occasion, we had the opportunity to ask her some questions about her life and about the mission Vostok 6.

You know, every June 16th since that of the 1964, old memories of Vostok 6 come back in my mind. Every year is like replaying those moments.

Like yesterday. So, General Kamanin proposed to send a woman into space to set records over the United States to defeat them. This proposal was fully accepted by Khrushchev. I applied twice for entrance to the school of aspirate astronauts: the first time I failed, while I made it the second time. In 1962 I was part of the selection of the first group of female cosmonauts and I’ve passed them with merit with other fourex colleagues: Zanna Erkina, Tat’jana Kuznecova, Valentina Ponomareva and Irina Solev’eva.

No, they haven’t . Two of them were nominated reserves in case I wasn’t able to succeed.

Skydiving, even though I didn’t have flight experiences.

You’re right. There was the Vostok 5 mission commanded by the cosmonaut Bykovsky. But he left two days before, on the 14th and he came back on earth three hours later.

Yes, more than once: our orbits were very similar and we communicate through radio many times.

Yes, I had nausea and tiredness due to the absence of gravity, especially during the first orbits. Then I had difficulties to drive the spacecraft to the re-entry orbit, for these reasons I had to call the base for help many times.

Award of pilot-cosmonaut of the Soviet Union.

I think that was the moment of the skydiving not just because it was my passion but also because I knew that I would land safe and sound.

I didn’t want to make them worry more since they had problems in family.

It wasn’t so easy: my dad died in the Second World War and so I had to work to maintain my family. Meanwhile I was working, I was attending evening courses and in 1960 I graduated as technical expert.

It was born in 1955 after I saw some people doing that. I tried to do a flight out of curiosity and from that moment it all started.

In 1969 I studied at the Cukovski Soviet Military Aeronautical engineering academy. In 1966 my political life started becoming part of the High Soviet Union and in 1968 I was nominated president of the women committee of the Soviet Union. In 1971 I became a member of the Soviet Union communist party central committee. From 1974 I was part of the directive of the Supreme Soviet and from 1976 I became Vice-President of the Soviet Union education, science and culture committee. My last political charge was at the Russian Center for scientific and cultural international collaboration, where I was nominated as director by the government.

Of course, but for some circumstances I couldn’t. Now is the moment to give some space to the youths! One thought on “INTERVIEW: Valentina Tereshkova”