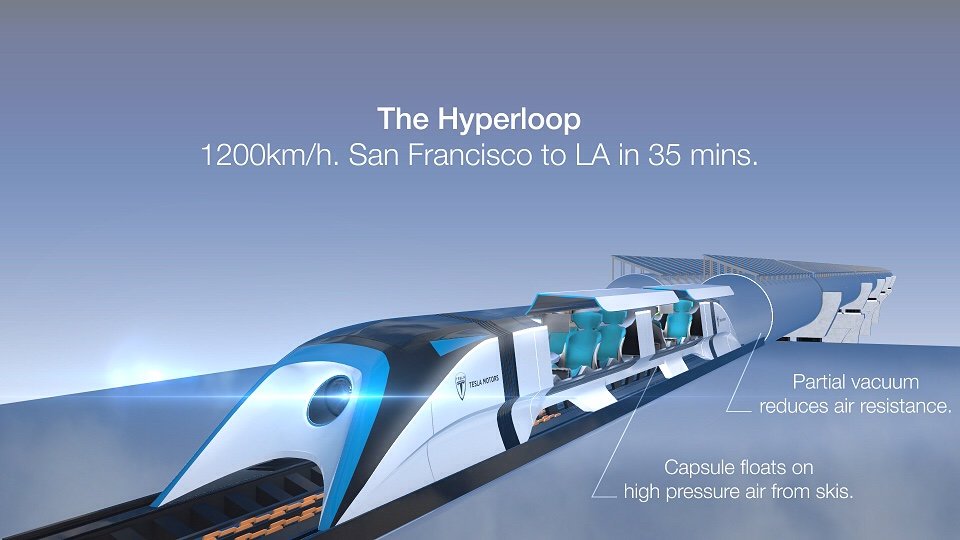 Elon Musk, founder and CEO of Tesla, tweeted that very soon an Hyperloop capsule will be tested: it can reach half the speed of the sound, 616 km/h, and break in 1200 m. This new capsule will be financed by Musk and it will perform Tesla and SpaceX’s signs. In this project there aren’t difficulties, but it can also be a failure and Musk knows that but as always, he looks to the positive side.

The goal is to beat the record of 354 km/h established by WARR Hyperloop in 2017, a capsule made in Germany by a team of university’s students.

Hyperloop was born in 2013 from an intuition of Elon Musk: the entrepreneur thought about the construction of special coaches which moves in pressurized tubes and they levitate thanks to a combination of magnets situated outside the train and on the walls. The right coordination of the magnets permits the coach to stay levitated and to be pushed forward. A compressor, situated in the front part of each coach, sucks the air in front of the train and expels it under the coaches to minimize the friction and to contribute to the levitation.

Nowadays Musk obtained the authorization to realize two test tunnels in California and Baltimore, meanwhile the Boring Company, his excavation company, is one of the two finalists for the construction of a high-speed transport system between the city center of Chicago and the airport of the city. One thought on “Elon Musk: Hyperloop”