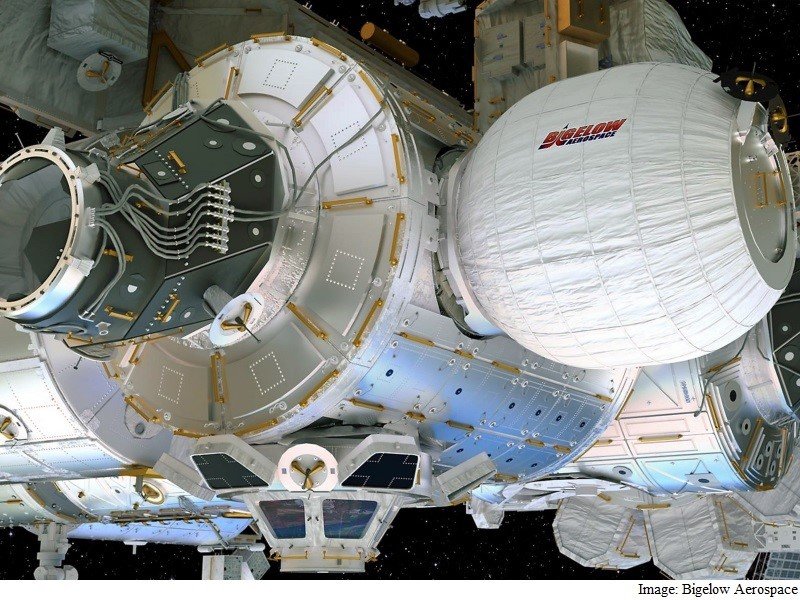 The BEAM (Bigelow Expandable Activity Module) it’s an innovative module of the ISS (International Space Station). It’s an expandable environment, which is attracted to the ISS since 2016 for an experiment.

It was realized by a private society called Bigelow Aerospace and it should demonstrate the reliability of expandable habitat which could be launched from earth (with very low costs) and which be used to create space modular station.

It’s realized in Vectran, a material, which is strength twice than the Kevlar, which should protect it better from cosmic radiations and from micrometeorites impact (because it absorbs impacts, softening them).

NASA is really interested to these expandable modules because in the future, when ISS won’t be, they could be used to build smaller space station, realized for different purposes like private research station, space hotels or to house the astronaut crew during Moon missions or during the long journey to Mars.

After the depression of the air in the BEAM, astronauts positioned different pressure and temperature sensors. In 2 years they entered 12 times for a short period of time (no more than 3 hours), to do experiments and to verify how much it protects from cosmic radiations. It passed all 12 tests and it will remain attached to the ISS for another 2 years before leaving it disintegrate in the atmosphere. The BEAM has a volume of 16 m3 (3,2 m of diameter for 3,7 of length) and it is used as an utility room to store materials from earth to space and vice versa. It permits creation of more space in the ISS.

Bigelow, in the last decay, launched two small expandable space stations which are orbiting around our planet today. However, it never housed humans for its tiny dimensions. The expandable module was (and is) always tested in the earth electromagnetic field (which is fundamental for the protection against these dangerous radiations): the next step would be to test it outside the electromagnetic field in order to discover if it could be useful for Moon missions and for long journey to Mars.